The TNT Boys will be competing against other global talents in a new show in the US hosted by James Corden. 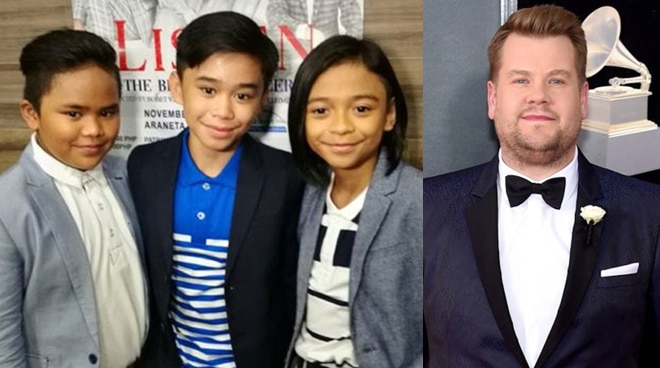 Keifer Sanchez, Mackie Empuerto and Francis Concepcion, collectively known as the TNT Boys, continue to make waves in the international scene as they are featured in the teaser video of the upcoming talent show in the US titled The World's Best.

Headlined by renowned late night show host James Corden, he will be joined by  Drew Barrymore, Faith Hill, Ru Paul and 50 global judges in the search for the top talent in the world. The show will premiere February of 2019.

This isn't the first time the TNT Boys will be showcasing their vocal prowess to an international audience. Previously, the three boys were featured on the original Little Big Shots program hosted by Steve Harvey in the US and also in the show's Australian and UK editions.

The TNT Boys were also praised by pop star Jessie J after hearing their version of her popular tune "Bang Bang."

Last November 30, the TNT Boys held their first ever solo concert at the Araneta Coliseum.