Apparently, Catriona Gray's mom dreamt that she won Miss Universe in a red gown back when she was a kid. 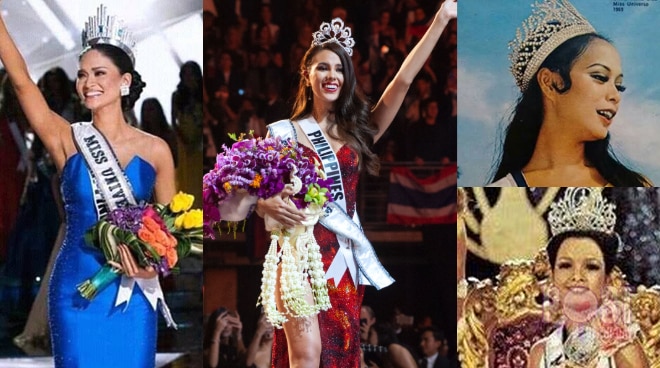 Photos of the past Pinay Miss Universe winners Gloria Diaz, Margie Moran, Pia Wurtzbach, and Catriona Gray wearing their evening gowns in yellow, white, blue, and red, respectively made rounds online after a Facebook post by a certain Aewon Shae revealed that Gray completed the colors of the Philippine flag.


In an interview with ABS-CBN News' Dyan Castillejo right after winning the Miss Universe crown, Catriona Gray revealed that she chose to wear a red gown because her mother dreamt that won Miss Universe in a red gown back when she was a kid.