Why did Alodia Gosiengfiao become viral in Italy?

Alodia: 'Apologies to Mr. Salvini for interrupting your stream. But again thank you to all our italian friends for explaining and dropping by my pages' 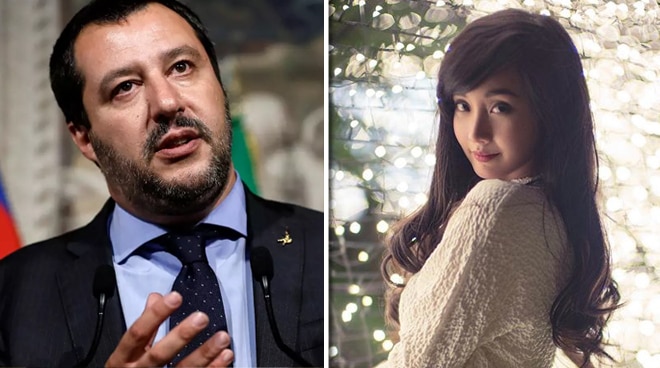 Gamer and cosplayer Alodia Gosiengfiao unexpectedly made headlines in Italy recently after her gaming stream encountered of what seems to be a technical glitch. Italian deputy prime minister and interior minister Matteo Salvini was having his Facebook live when suddenly it was disrupted by Alodia's Mobile Legends stream on Tuesday, December 4.

"Honestly, I don't know how this happened. For over a year I've streamed on Facebook, this is actually the first time I encountered something like this," she said on her vlog on Tuesday, December 11.

During the said interruption, Alodia was shocked and clueless as to why her streaming viewers shoot up all of the sudden. From 6,000 viewers, the numbers jumped to 13,000, which she found very alarming at that time.

"Shortly after, I got tons of messages on Facebook, Instagram and Twitter from Italians explaining the situation. What was funny though were the comments they've been leaving on my Facebook posts earlier. I couldn't stop laughing because some of them were actually amused of what happened," Alodia said.

She extended her apologies to the prime minister and thanked the Italian people for informing her about what happened.

"Apologies to Mr. Salvini for interrupting your stream. But again thank you to all our italian friends for explaining and dropping by my pages. I hope to meet you guys in an Italian convention or something. Gracias," Alodia said.