Get to know more about Jay Kent, the genius singer and songwriter who came first in this year’s Euro Pop with her winning piece, “Infinity." 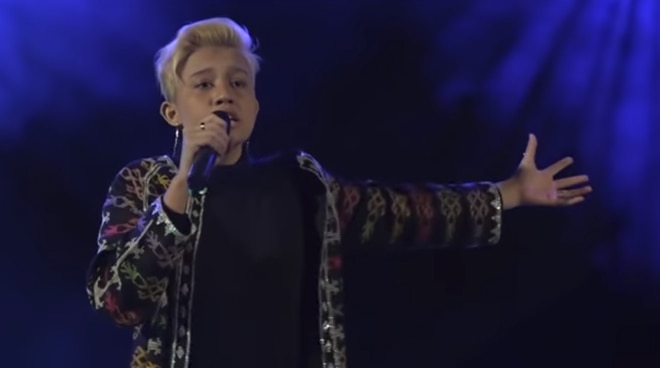 Jay Kent, a 17-year-old Pinoy singer and songwriter, is this year’s champion of the annual Euro Pop Contest that was recently held in Berlin, beating other hopefuls from 19 European countries with her original piece, “Infinity”.

In an interview with Gretchen Fullido, Jay, who hails from Angeles City, Pampanga, said that she’s happy for bringing home the title despite being the only Asian to have entered the competition this year.

“Kasi, I didn’t think that something that so simply that I just wrote in my bedroom would be something that people would actually listen to and like,” said Jay.

After finishing fifth in her first attempt in Euro Pop two years ago, Jay underwent a vocal training and professional experience as an artist, according to a report from Philippine Star. This would then lead her to write “Infinity” and eventually win the international recognition at last.

“When I wrote it, I wanted it to connect to a lot of people because Infinity is for loving anyone more than infinity, like loving someone basically so much,” shared Jay.

Given the chance, Jay also revealed that her dream duet would be with KZ Tandingan, herself a Pinoy Pride for representing the country in the reality contest, Singer 2018, in China back in March.