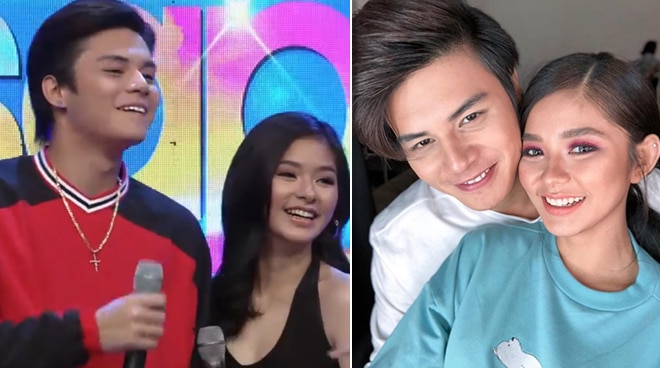 While they believe in letting their actions speak for them, Ronnie Alonte and Loisa Andalio have finally put an end to speculations by confirming, once and for all, that they are indeed in a relationship.

Unsurprisingly, the unexpected revelation brought cheers from the audience, particularly from LoiNie fans who were present in the studio. Robi himself, who admitted that he’s a fan of their relationship, gave his word that he will host their wedding if they do end up together. “Alam mo, kapag nakikita ko kayong dalawa sa mga Instagram posts, sa social media, sobra akong natutuwa at kinikilig. When that time comes, kapag kinasal kayo, ako ang magho-host. Promise ‘yan.”

It was early this year when Ronnie and Loisa – who met through their stint in It’s Showtime as members of Hashtags and GirlTrends, respectively – became the subjects of dating rumors after beginning to share their sweet moments on Instagram. Sometime in July, the couple were believed to have separated amid speculations of a third party, which both of them strongly denied. They reconciled just a few weeks later and have been happy together since.