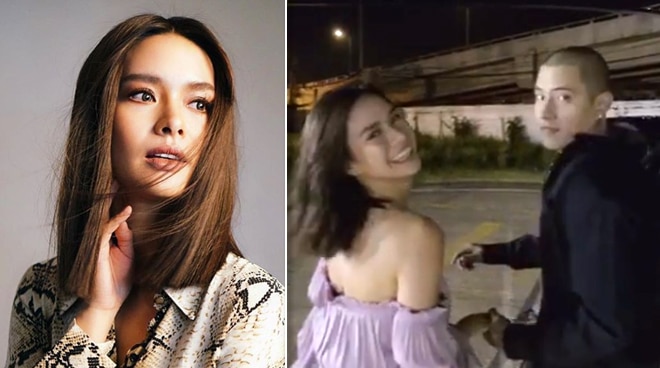 Erich Gonzales added another feather to her cap after directing the music video of Thai rapper Marco Maurer's latest single "I Won't Let You Go." On Instagram, the actress shared the sneak peak of the music video which she revealed she directed.

Netizens were quick to congratulate Erich for this new milestone in her life. "Congrats sa iyong directorial debut @erichgg (mukha siyang promising). More blessing to come. May the good Lord always bless you," one netizen wrote.

Another netizen said, "Ibang klase @erichgg. Proud of you dai."

Marco is the brother of Erich's Suddenly It's Magic co-star Mario Maurer.  According to IMDB, Marco's musical style gears towards Club-Electro Hiphop. Aside from rapping, he also works as MC for different club parties and is one of the most highest paid.

See the teaser below: