This emerging Irish-Filipina artist wants to work with Donny Pangilinan 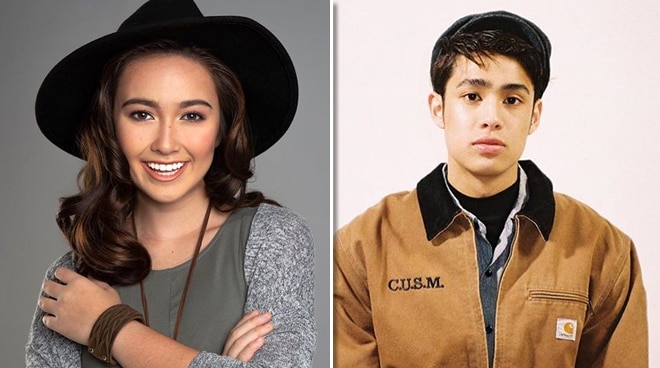 With so many talented artists that are currently making it big in the local music scene, one Pinay artist is treading a path of her own by going international at an early age.

Having opened for some of Sam Smith and The Script's Southeast Asian tour shows this year including Manila, 17-year-old Filipina-Irish artist Andreah couldn't be any happier that she's living the dream at such a young career.

"It was an honor and privilege to share the bill with Sam Smith and an experience that will remain with me forever. He made me feel so welcome that it made performing a lot easier. As to touring with my Irish friends The Script, it was simply a dream come true to be up there in front of such a large audience for the first time and I enjoyed every minute," she said in an exclusive interview with PUSH.

Apparently, Andreah wants to collaborate with Donny Pangilinan whom she just recently bumped into at an event.

"It was awesome and yes, he’s super-cool and his music is great, she said of her meeting with Donny. "I hope to have the opportunity to collaborate with him one day," she added.

Asked what makes her proud as a Filipina, she said: "The food, especially lechon! Also the Filipino people. Every time I return I feel welcomed like I am a part of this massive Filipino family."

Andreah has released her debut single "Best Friend" earlier this year. She also has a brand new track called "You" which is now out in digital streaming platforms.