Aside from Martin Nievera, some of the country's finest artists also paid tribute to the late OPM icon. 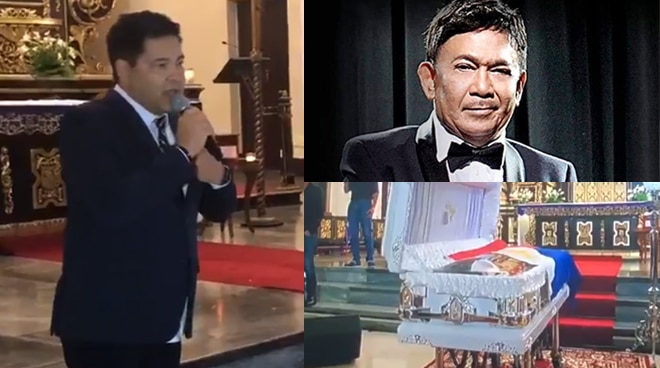 Rico J. Puno received a tribute fit for a legend as his closest family and friends gathered one last time for a night of musical celebration during his wake held at the main church of Santuario de San Antonio in Makati.

READ: Push Tribute: What we all loved about Rico J Puno

Watch the videos taken by ABS-CBN News' MJ Felipe below:

Pilita Corales sharing her fond memories of Rico J Puno and sang “A Million Thanks To You”. pic.twitter.com/c9bzEyvXnn

But one artist in particular - Martin Nievera - received a standing ovation for his rendition of Barbra Streisand's "The Way We Were." See the clip below:

WATCH: A standing ovation and round of applause was offered to Rico J Puno as Martin Nievera sings “The Way We Were”. pic.twitter.com/BDU8qt8v6x

His remains were brought to the Makati City Hall earlier today, November 8. The OPM icon's internment will happen today at around 1 PM at the Heritage Park in Taguig City.