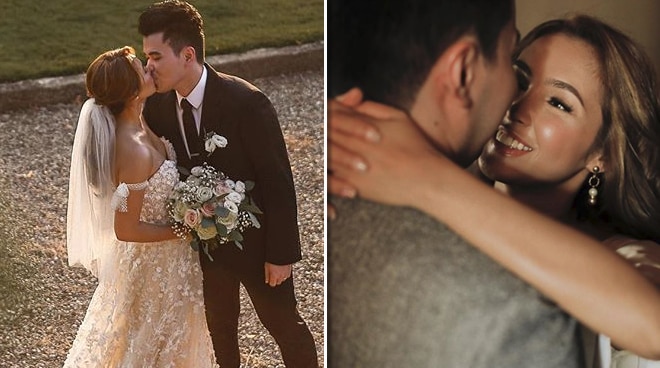 Among the couple’s special guests during the wedding were couples Tom Rodriguez and Carla Abellana, and TJ Monterde and KZ Tandingan.

Watch the magical moments from their wedding ceremony that renowned videographer Jason Magbanua shot in the video below:

Before their wedding, the couple flew to Tuscany, Italy for their prenuptial photos and videos.


Dubbed as the “Charming Babe Ng Bohol,” Cathy Remperas joined Pinoy Big Brother: Double Up back in 2009 where she flew to Finland as part of the season’s Big Swap.

Melai Cantiveras was hailed Big Winner during the said season.

She was previously linked to fellow housemates Johan Santos and Hermes Bautista while inside the PBB house.