Apparently, Victoria Beckham is busy with her ‘business commitments.’ 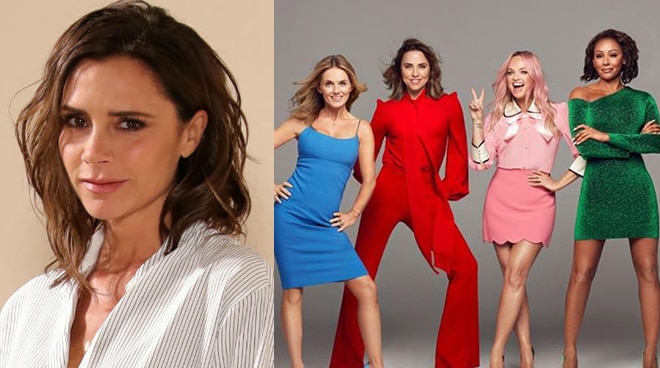 Nineties girl group Spice Girls had the world going gaga when they created a page for the group across all social media platforms in an attempt to reach out to their fans for their upcoming tour.

While the reunion is finally happening after years of speculations, fans won't be seeing Victoria Beckham join the rest of the girls on their UK tour which is set to kick off on June 1, 2019 at the Manchester Etihad Stadium.

Apparently, Victoria—who is currently busy running her fashion empire—won't be able to join the girls tour due to "business commitments," according to a statement obtained by Variety.

“Because of her business commitments, Victoria won’t be joining the girls on tour, but will always be one of the Spice Girls and remains aligned with Emma, Mel B, Melanie C and Geri in preserving their unique legacy," the announcement read.

Meanwhile, Victoria wished nothing but "love and fun" for the girls in their upcoming tour.

“Being in the Spice Girls was a hugely important part of my life and I wish my girls so much love and fun as they go back on tour. I know they will put on an amazing show and the fantastic fans past and present are going to have a wonderful time!”

Today marks a special day for the girls as they announce the first tour dates since we performed together in 2012! I won't be joining my girls on stage again but being in the Spice Girls was a hugely important part of my life and I wish them so much love and fun as they go back on tour next year. I know they will put on an amazing show and the fantastic fans past and present are going to have a wonderful time! X vb #spicegirls #friendshipneverends

Right now, it is not yet sure whether the girls will include the Philippines in the foreseeable future in their world tour. Nonetheless, Filipinos are keeping their fingers crossed that Mel B (Scary Spice), Emma Bunton (Baby Spice), Mel C (Sporty Spice), and Geri Halliwell (Ginger Spice) decide to mount a show in the country. And hopefully, by then, Victoria (Posh Spice) finally gets to join the girls. Yep, 'cause that's what fans really, really want.

Dubbed as one of the most successful girl groups of all-time, Spice Girls is known for hits such as "Wannabe," "2 Become 1," "Say You'll Be There," and "Viva Forever" among others.