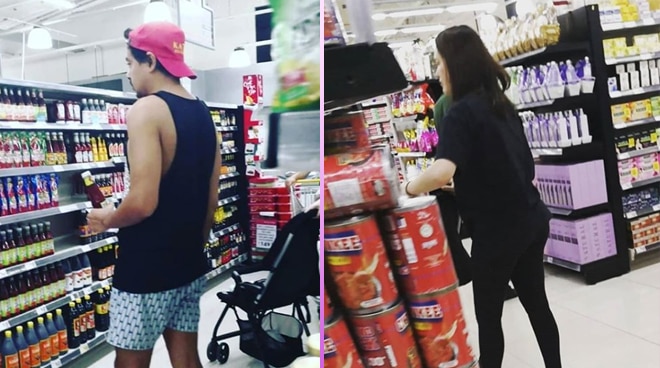 After shying away from the showbiz limelight, John Lloyd Cruz and Ellen Adarna have been living a normal lifestyle. The couple were recently spotted at a grocery store. Fans took snapshots of the couple and fan page @ellen_johnlloyd shared the photos online.

In the photo, John Lloyd can be seen wearing a simple top and shorts while buying some catsup. The actor was also spotted recently inside a jeepney, at a fruit stand and at a food cart along the streets.

Meanwhile, Ellen was wearing a simple black top and pants while in the grocery store. It was one of those rare occasions that a new photo of Ellen has surfaced after she gave birth

It is not clear though where the photos were taken.