Cesar Montano: 'I get thousands of requests for video birthday greetings.' 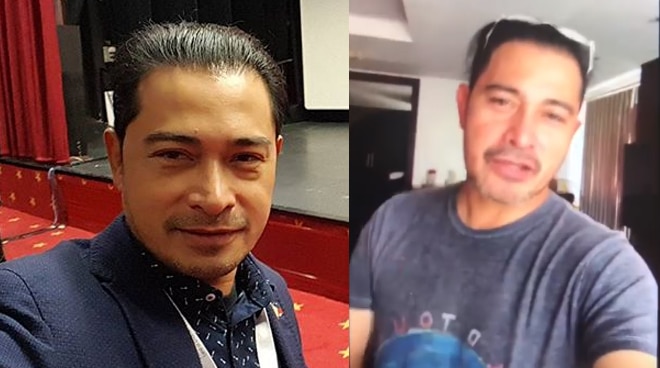 Ever since a video of Cesar Montano greeting a politician has gone viral because a supposed naked woman was spotted behind him, the online world has been very eager to know what the actor has to say about the controversy.

Columnist Dolly Anne Carvajal shared on her article on Inquirer on Saturday, November 3, the message she received from the actor about the viral video . In the text message, Cesar stated that he has been receiving overwhelming video greeting requests following the online mishap.

“Bff, you won’t believe that I get thousands of requests for video birthday greetings. But the thing is, I can’t grant their requests to focus on the background instead of me. And a hundred other requests are for my voice-over greeting only so the video will zoom in on the background," he told Dolly Anne.

Cesar added that a particular spoof of his video made him laugh out loud. "My favorite spoof is by Buknoy. It totally cracked me up. I’ll send it to you through Viber," he stated.

The actor did not though comment though who the woman was.

The said viral video greeting started circulating online on October 30. The original post has since been deleted but various social media pages have reposted it and netizens have made numerous parody videos.