For the first time ever, Juan Karlos Labajo speaks up on issue with Darren Espanto

Juan Karlos Labajo has finally spoken up on the online rift between himself and Darren Espanto. 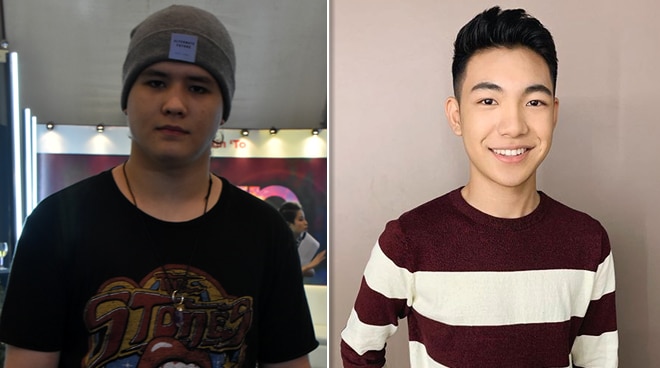 Former The Voice Kids contestant Juan Karlos Labajo and his band were among the performers at this year's ABS-CBN trade event dubbed #FamilyIsLove.

According to the young singer, he felt honored to have been chosen as one of the performers at the Kapamilya trade event even though he found it a bit overwhelming. JK eventually became used to performing in bars and doing gigs after forming a band of his own but the trade show was on another level.

"I feel honored. Maraming salamat especially kina Direk Lauren (Dyogi) and Ma'am Cory Vidanes for inviting me even though I don't really fit in," he said. "You know, I'm more of like this gig-bar sort of vibe. And then I'm here at this sort of corporate event. So it's like out of the way," he added.

Juan Karlos, who was recently involved in an online rift with fellow Voice alum Darren Espanto after he allegedly tweeted something against the latter's sexuality, finally spoke with the media for the first time since the issue came out to put an end to it once and for all.

"The thing kasi with all these interviews, ilalabas 'yung article, 'yung mga tao and everything, mababasa nila, lalaki pa 'yung issue. Well, even though in the first place hindi ako ang nagpalaki ng issue. I did not want an issue in the first place. Kasi I privately messaged him. If ginusto ko 'yung issue na lumaki, dapat ako pa nag-post nung una, 'di ba," he said.

Despite all the things that have happened, JK said he has no reason to feel bad as he knows he is telling the truth.

Reiterating that he didn't do anything, Juan Karlos said he won't apologize even though Darren firmly believes that he was the one who made the said tweet.

"'Yun nga, I will apologize if I did something," he said. "Well, iba-iba kasi ang paniniwala ng mga tao. Hindi ko na mababago 'yun. So let it be. Ako, okay na ako sa issue. Tapos na ako. Even way back then, I chose a different path, you know," he added.

Admitting that he knew what he got into right from the start, Juan Karlos said he fully accepts everything that is going on his life right now.

"We're fine. Everything's quiet. For sure, this article will make everything loud again for quite some time. And then it will go down again. 'Yan ang nangyayari sa lahat ng issue. Lumalaki tapos nakakalimutan. So it's part of showbiz. It's part of the industry. Pinasukan ko 'to eh. So it's part of it," he stated.