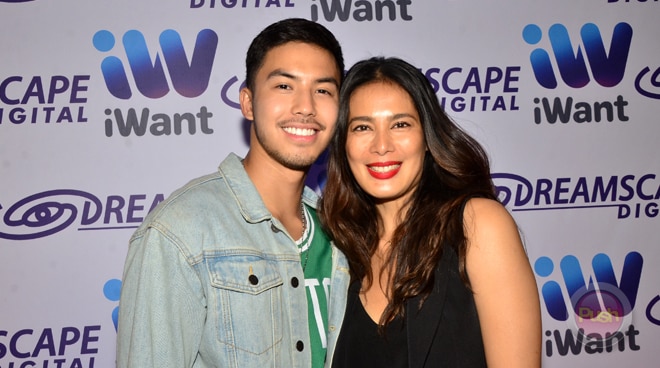 Angel Aquino and Tony Labrusca’s iWant movie Glorious has created a lot of buzz since its trailer was released online. Some fans were quick to suggest that they become an official love team despite their age gap. The netizens have been dubbing the Glorious stars as TonGel.

In an interview with Angel, the actress was asked if she is okay with the idea that Tony becomes her love team partner. “Nakakatawa ‘yun. Glorious is enough. If that extends to other things it would be nice but okay na ‘yun. Ako I enjoyed Tony. I enjoyed his company and his professionalism. I enjoyed his talent very much. I appreciate that. [But] whatever experience comes after that, will be so much welcomed of course. Why not?,” Angel remarked.

The actress was also asked to comment about the tagline “50 is the new 20,” which has been making rounds online after the Glorious trailer went viral. According to Angel, age is just really a number.

She said, “The real age that you feel is in your mind and in your heart. Di ba sabi nga nila may mga young at heart it is because the heart always feels young and when you do, it translates to the rest of your body, di ba? The way you act around people, people will see the youth the lives in you.”

Glorious can now be streamed on the iWant app.