“He asked & I said YES!”, exclaimed Miss Universe 1993 Dayanara Torres in an Instagram post showing off her lovely engagement ring. 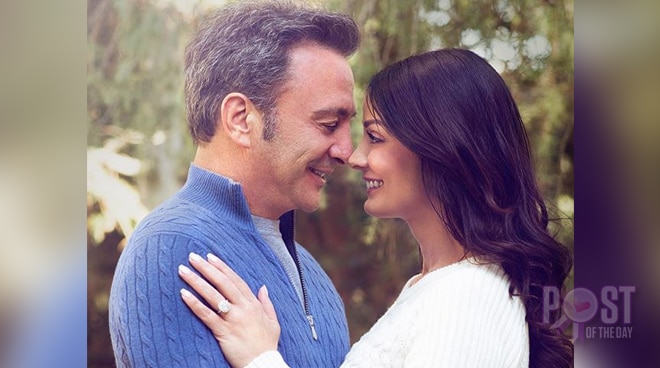 The surprise announcement came in on Monday, November 12, through the Puerto Rican beauty’s Instagram account. “He asked and I said YES! Dije que Si! Me siento Bendecida. Blessed to have you in our lives,” wrote the ecstatic Dayanara.

The 44-year-old star has yet to disclose details about their upcoming wedding.

Among D’Esposito’s known works in Hollywood were “Iron Man”, “Captain America: The First Avenger”, “Guardians of the Galaxy”, and “Ant-Man”.

Meanwhile, after passing on the Miss Universe crown in 1994, Dayanara made a name for herself in the Philippines by working as an actress and a TVC model. She previously appeared in films “Hataw Na”, “Basta’t Kasama Kita”, and “Type Kita Walang Kokontra”, while simultaneously taking part in “ASAP Mania” as the original Dancing Queen.