Kris Aquino shows appreciation for Herbert Bautista saying that the Quezon City mayor has always been there for her. 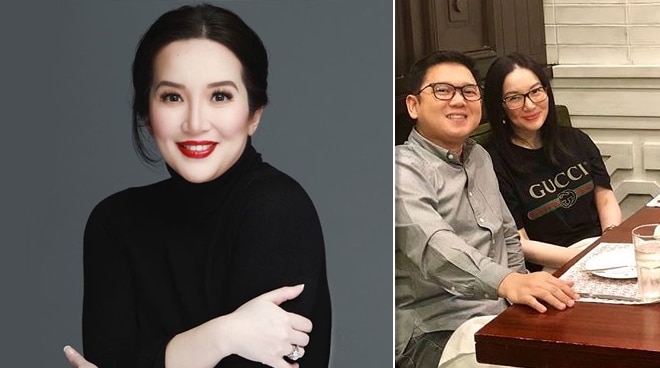 Kris Aquino is back in the Philippines after undergoing medical procedures in Singapore. A few days after she announced that she is returning home, Kris posted a new update on her Instagram, sharing she was reunited with a good friend.

The actress revealed that she recently spent time with former boyfriend, Quezon City Mayor Herbert Bautista. Kris also expressed her appreciation for the politician for being a good friend.

Admittedly in 2014 HAPPILY EVER AFTER wasn’t meant for us. BUT it wasn’t THE END. He’s been there whenever i needed a friend, hindi na ko nagulat- nandito sya ngayon... Bakit sya? This is my WHY: nabasa nya mismo my long term endorsement contracts- renewals plus 3 new ones. They all strongly discourage me from divisive political participation & even posts. He wants me to regain my health & he supports my priorities. Ako nang magsasabi, when we fought nasumbat ko na: naging 1st daughter & 1st sister na ko- di mo ba na appreciate na ikaw ang minahal & di yung posisyon mo? Binweltahan nya ko: kaya nga ang hirap mong maging ka relasyon kasi pinaghirapan ko ‘to tapos user ang ibabato sa kin? I chose to share this because our story has my perspective & his point of view. i’ve survived a lot recently & you deserve our TRUTH. (Pic from dinner w/ friends from 🇺🇸)

Kris wrote, "Admittedly in 2014 happily ever after wasn’t meant for us. But it wasn’t THE END. He’s been there whenever i needed a friend, hindi na ko nagulat- nandito siya ngayon."

She added that she also appreciates the fact that Herbert wants her to achieve good health. She posted, "He wants me to regain my health & he supports my priorities."

Just last June, Kris admitted that she still has feelings for Herbert.