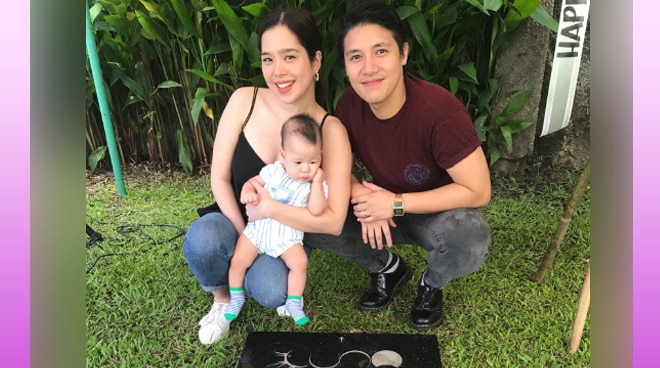 For the first time in forever, Saab Magalona and Jim Bacarro brought their son Pancho Gerardo to where his twin sister Luna Isabel was laid to rest.

Saab, who lost one of her twins after giving birth to them earlier this year, happily shared the lovely moment where they posed as a family behind her daughter's gravestone, which sits above the late Francis Magalona's burying ground.

The photo, which showed the resiliency of a mother who has moved on after having to go through such a tough situation of enduring the loss of a priceless gift, was greatly lauded by netizens.

Jim and Saab's son had to stay at the Neonatal Intensive Care Unit for almost a month since the latter gave birth before bringing him home.