Maria Laroco impresses the judges with her version of Prince’s “Purple Rain.” 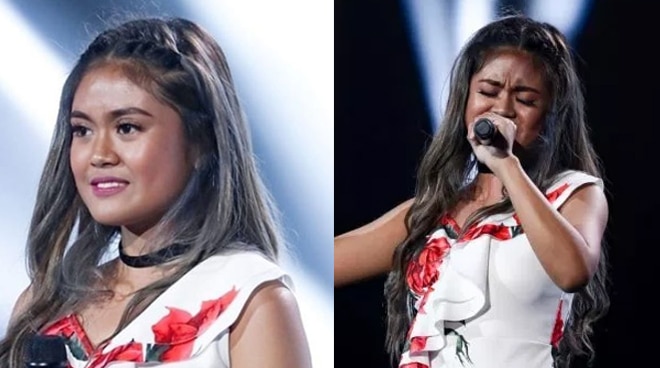 Filipina singer Maria Laroco may have impressed the X Factor UK crowd with her rendition of Whitney Houston's "Queen of the Night” but she had to go through a sing-off battle with fellow contestant Georgia Burgess to be able to take one of the chairs in the competition’s final 6.

Maria sang Prince’s “Purple Rain,” which she also did when she auditioned for the contest and this gave her a chance to gain a seat in the final 6 of the girls’ category.

Judge Simon Cowell decided to keep them both and said it was a hard decision to make.

"Okay girls, I'm going to keep you both. That's it, you are the final six. That was the hardest thing I've ever done," he said.

Aside from Maria and Georgia, Bella Penfold, Scarlett Lee, Molly Scott and Shan Smith are also included in the final 6.

Prior to joining X Factor UK, Maria joined ABS-CBN’s The Voice Kids in 2014.