Regine Velasquez calls out a netizen over negative comments on her Instagram and her celebrity friends come to her rescue. 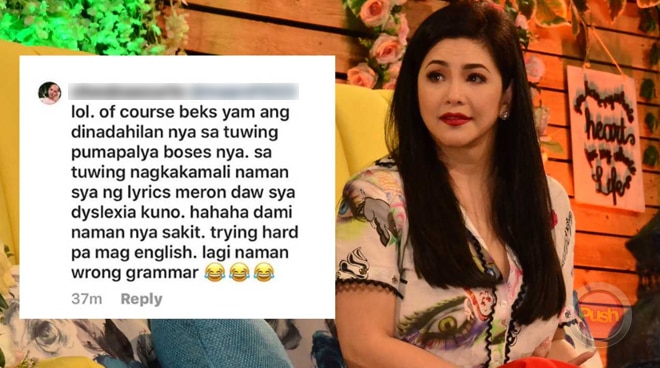 Friends from the variety show ASAP immediately took to the comment section and defended the OPM icon.

Erik Santos suggested that Regine must take action against the netizen. “Let’s do something about this Ate @reginevalcasid . This is too much already.” he commented.

Angeline Quinto also expressed her anger over the negative words directed at her idol.