EXCLUSIVE: Jose Mari Chan shares the story behind his hit song ‘Christmas in Our Hearts’

Jose Mari Chan is happy to be a new Christmas ambassador for an online shopping brand. 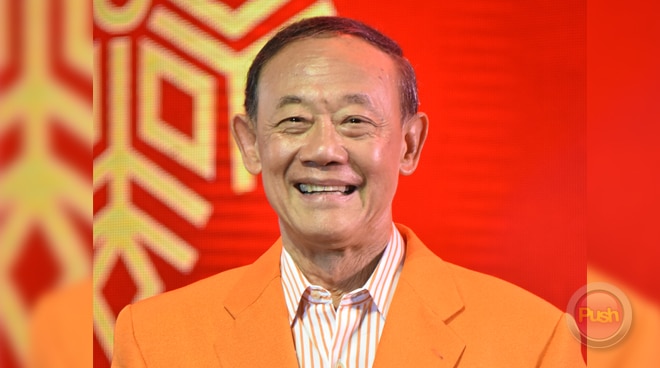 After being launched as the new Christmas ambassador of a local online shopping brand, singer Jose Mari Chan admitted his family did not expect him to start performing again at the age of 73. “My children’s reaction was, ‘Dad, at your age, they got you?’ I said, ‘Why not? Because it’s Christmas. They won’t get me for the rest of the year but they did for Christmas.’ So I was very happy to do it. In fact, I made sure my children were shopping at Shopee,” he shared during the Shopee Big Christmas Sale media launch held last October 25 in Makati City.

With a career spanning more than five decades, Jose Mari said he has always kept his youthful vibe even after so many years. “My children consider me a Peter Pan, a boy who never grew up (laughs). My family travels together. Thank God. And then now all my children are working for me in my family corporation. So music is my hobby. I have eight grandchildren. My secret is you have to have a positive attitude. If you have a problem today and if you’re able to solve it, then after that it will be okay,” he said.

The Shopee endorser who also shared his new commercial at the launch said that he never expected at he song “Christmas in Our Hearts” to still be popular even after 28 years of being played on the radio. “No, I never expected it. In fact, at that time, when I first presented the song to the media, to the radio stations, some of them said, ‘It’s like a Christian song so maybe radio will not play it because it’s a Christian song.’ They thought it was ‘Perfect Christmas’ that would become a hit but in fact, it was God’s will that it was ‘Christmas in our Hearts’ that would become the most popular Christmas song,” he recalled.

Jose Mari said he is proud of his contribution to the music industry which makes a popular comeback every time Christmas season comes around. “I consider that a blessing and God has rewarded me, given me the gift of music and in all these 51 years that I’ve been a recording stars, this song glorifies God, this song gives the real meaning of Christmas. It’s not Santa Claus, it’s not sleigh bells on the snow, it’s Christmas in our hearts because our Lord Jesus Christ was born,” he explains.