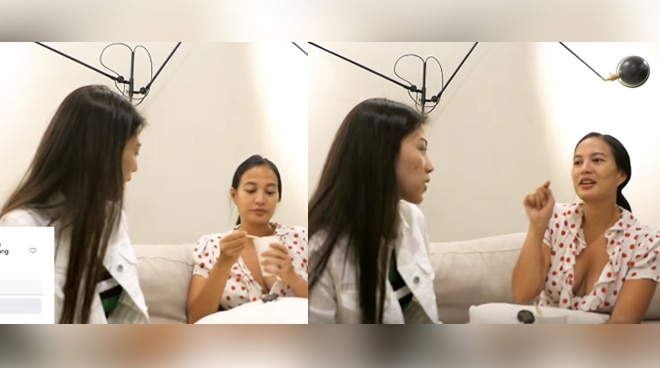 Alex Gonzaga had a guest star in her new vlog titled "Sosyal Friend’s House Raid by Alex Gonzaga." This time, she collaborated with her friend Isabelle Daza whom she visited at her house in Makati. "Sa totoo lang di ko alam bakit ko naging kaibigan 'to," she joked in her vlog intro.

Alex did a house tour of Isabelle's Makati home showing her living area, dining area and pool area. She also brought Bangus, Chop suey and rice sealed inside ice cream containers, much to the surprise of Isabelle.

"Tell me why you made a vlog?," Isabelle asked Alex. "It's really me, I was the one who inspired Alex to vlog. She guested on my video shoot and nag-enjoy siya," Isabelle said.

During their conversation, Alex asked Isabelle about an incident before when the latter liked a netizen's comment on Instagram that read, "Gonzaga sisters are cheap."

The vlog already garnered more than a million views as of this writing.