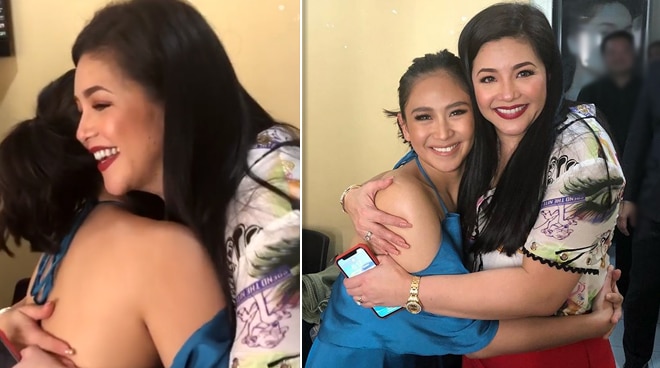 Regine Velasquez is officially a Kapamilya after signing a contract with ABS-CBN on Wednesday, October 17. A lot of Kapamilya stars are elated now that the singer is with the network.

On Wednesday, while on her way to her press conference, Regine happened to see Sarah Geronimo inside the ABS-CBN compound. The Pop Star Princess has longed admired Regine, whom she considers her idol. Regine was also the host of "Star for A Night," the show that paved the way for Sarah to make it in show business.

In the Instagram post by @gerromeesguerra, the songbird could be seen receiving a warm hug from Sarah. The two stars were all smiles as they posed for the camera.

Now a Kapamilya, Regine said that Sarah is one of the stars she is looking forward to working with in the network.