Marlo Mortel dedicates upcoming concert to his late mom: 'Dream namin ‘to both'

Marlo Mortel says he channeled his pain of losing his mom to become more determined in doing his concert. 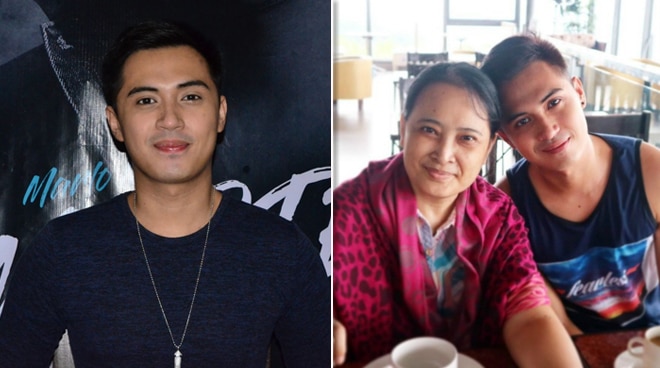 Gearing up for his first major solo show, Marlo Mortel could not wait to showcase a different side of him as he will perform songs from the '70s up to the present.

“This is my first major concert ever so super excited ako. imMORTELized kasi last name ko Mortel. And aim ko is for the audience to feel reborn kasi I’m gonna relive their favorite songs from th '70s, '80s, '90s up to now. Any age bracket talaga makaka-relate and mag-eenjoy kasi mga favorite natin since before,” he said.

Despite having had a successful benefit concert in the past, Marlo Mortel admitted that he still feels pressured for his upcoming show.

Marlo, who will dedicate his concert to his late mother who recently died of cancer, revealed what makes his upcoming concert special to him.

According to the Kapamilya actor, he will also launch his debut album on the night of his show as well.

Marlo Mortel’s imMORTELized is happening on October 26 at the Music Museum.