Will Maria Laroco audition again for 'The X Factor UK' next year?

Maria Loroco: “It's not the end of the world yet. I still have more chances.” 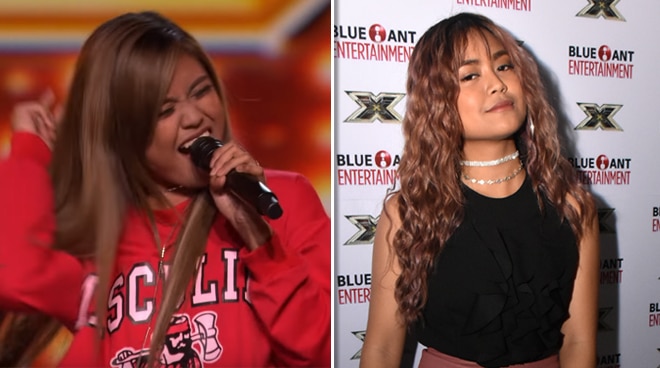 The X Factor UK Pinay contestant Maria Laroco is now back in the Philippines after she got eliminated from the competition. In an interview with the Philippine press on Thursday, October 11, at the Blue Ant Entertainment presscon, Maria shared why she was not able to travel to the US to sing live for judge Simon Cowell and his friends during the "Judges' Houses" round.

"We got a problem po fixing the visas because we applied for a wrong visa, for visitor’s visa, not performer's visa, so they decided po X Factor to do [my performance] there in the US. I wasn't able to come with the other five girls so I was left alone in the UK," she shared.

Maria's performance had to be recorded and be sent to the US instead. She relayed, "Finilm na lang po sa studio and they sent it to him Simon via email so they watched it po and all the other judges."

Does she think her chances of winning that round got affected because of what happened? "Yes. It's different po being there and not in other places in the world," she replied.

She added, "I've always wanted to be part of the show. I am super thankful po to be given another chance po to do a performance po to all the judges and especially Simon Cowell."

Maria shared that she is planning to audition again next year for The X Factor UK. "Yes, because Simon made me promise to come back next year so yeah, I have no intention of breaking that promise. I told him I will try. Well, it's not the end of the world yet. I still have more chances," she stated.

When asked if she is also keen on building a career in local showbiz, she said, "Yes, why not? I've always wanted to join the local entertainment industry. I've always tried to audition sa local TV networks po sa atin dito and yeah, I want to be part of the showbiz industry here in the Philippines."