EXCLUSIVE: Jameson Blake on being called ‘suplado’: ‘Maybe it just looks like that’ 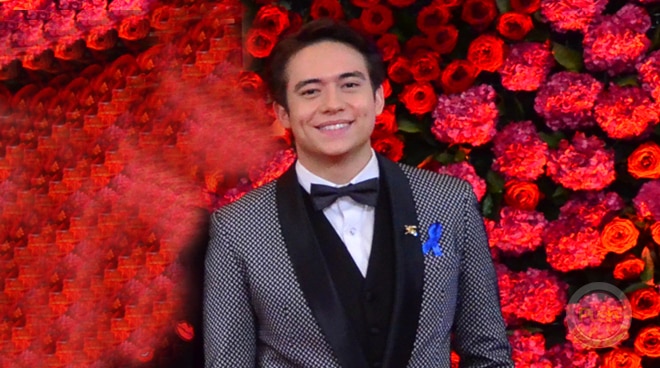 This year has been a good one for Hashtag member Jameson Blake, who starred in movies like So Connected and Ang Babaeng Allergic sa WiFi. The 21-year-old actor said his real-life personality is actually closer to his role of Aris in his most recent film. “From my role there I’m very similar din. I’m not nerdy but I’m more of like an introvert like him, parang ganun. Quiet and always wants to learn new things,” he told PUSH.

With his latest role in the teleserye Ngayon at Kailanman, Jameson said he is able to act like somebody totally different. “I’m already doing a different kind of role right now with my role sa Ngayon at Kailanman. Yung role ko dun parang babaero siya and bad boy, spoiled, stubborn. Wala, to prepare I just try to bring out that side of me. I try to watch movies and get tips from other actors and may mga friends naman ako na playboy (laughs) so I already know how it is like. it’s not that hard,” he said.

Even though he said that he is an approachable person, Jameson admitted he has been mistaken for as aloof in the past. “Ngayon I haven’t been hearing that so far but usually mga first encounters when I meet some people they’re like, ‘Uy akala ko suplado ka pero hindi naman pala.’ Usually ganun (laughs). Kasi people say I have an expressive face so you know, they might just judge it by how I present my face sometimes. Maybe it just looks like that pero hindi naman. Maybe I’m just observing lang pero hindi naman suplado,” he shared.

When he doesn’t have work, Jameson revealed what he loves doing when he’s just at home. “If they saw me off-cam, well baka magulat sila when I say that I can stay on the computer for like the whole day playing my online games. RPG. If they could see how late I stay up at night, magugulat din sila dun (laughs). Gamer for life,” he revealed.