Kylie Padilla posts photo with family; netizens ask is she getting married soon?

Kylie Padilla’s photos with her mom and sister triggered the speculations that she is tying the knot with actor Aljur Abrenica. 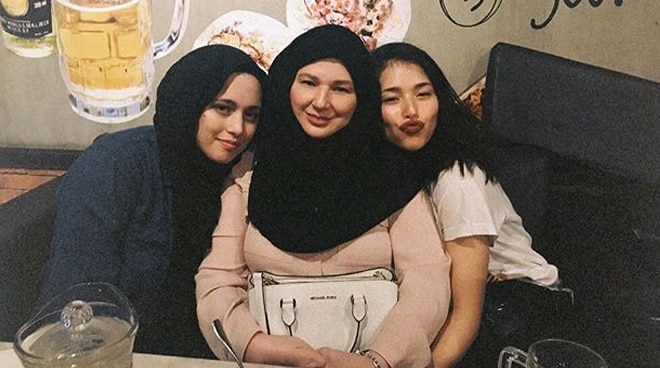 Kylie Padilla’s mom Liezl Sicangco and sister Queenie Padilla recently arrived in Manila. In an Instagram photo posted on Thursday, October 11, Kylie expressed her happiness over her family’s visit, who came from Australia. She wrote, “This year has been a year of dreams coming true. How do you spell happy again? H A P P Y.”

This year has been a year of dreams coming true. How do you spell happy again? H A P P Y.

Meawhile, Kylie’s other Instagram post with family garnered reactions from netizens  - one of them is the speculation that she might be tying the knot with her partner Aljur Abrenica soon.

Kylie once addressed her plans of settling down with Aljur in her Instagram story, saying it’s “Sooner than you think.”

Kylie and Aljur celebrated their 7th year anniversary as a couple last October 3 with a family date with their son Alas in a mall in Quezon City.