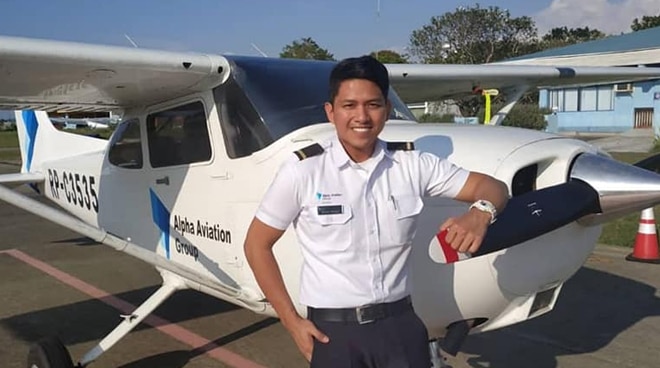 From being broadcast journalist last year, Steve Dailisan is now an airline pilot. He shared his journey pursuing the childhood dream through a lengthy Facebook post on Monday, October 8.

In the said Facebook post, Steve explained why he decided to leave his previous profession and pursue being a pilot. “People ask me, "Why do you have to leave a stable and decent job? You've already invested a lot in broadcast journalism, isn't that enough? Wouldn't it be too late to start anew?"

Steve also shared his intense experience flying a plane for the first time.

“On the 8th of October, 2018 I was released to conquer the skies. I can't help but feel emotional as Capt. Shiel Von Dy radios the tower activating the flight plan intended for my 1st solo flight. My heart throbs as I was taxiing to enter the active runway.”

The former news reporter also thanked his friends and family, who according to him, always supported him in spite of the financial challenges. “I may have been struggling financially now but my family and friends are more than enough to keep me going.”

“It may not have been my childhood dream, but I know it’s my destiny and God is leading the way. To everyone who have played a significant role in charting my destiny, this 1st solo flight is dedicated to all of you. Please accept my heartfelt thanks,” he said.