4 things to know about the famous rap group Salbakuta

More Salbakuta trivia were revealed by its members and their mentor Andrew E. in an episode of Magandang Buhay. 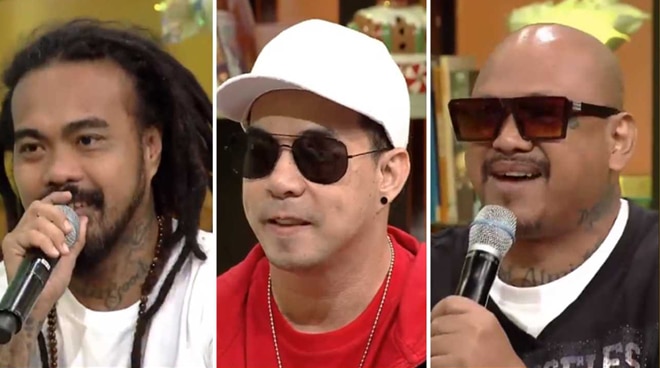 During the October 10 episode of Magandang Buhay, Andrew E. and his protégé rap group Salbakuta shared some facts that fans might not know about them.

1. Salbakuta is a Bicolano word that means ‘pilyo.’

The group’s mentor Andrew E. recalled the time when they were pitching a name for the group. “Sabi ko sa kanila, ‘Bigyan niyo ako ng salita na, (when) you have to introduce yourselves, na bagong-bago sa pandinig. Bicolano ka di ba? (pointing to one of the members) Mag-isip ka ng Bicolano word.’ Then sabi ko okay ‘yung ‘Salbakuta.’”

Member Charlie Mac then explained that Salbakuta, in Bicolano, means ‘pilyo’ or ‘salbahe.’

3. Salbakuta members used to work for Andrew E. as his assistants.

4. Curious about the real names of the Salbakuta members?