90s boy group The Moffatts reunite for some new music 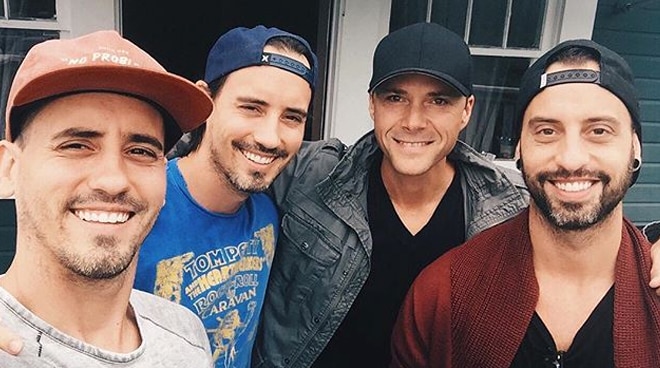 More than a decade ago, The Moffatts, composed of brothers Scott, Clint, Bob, and Dave, decided to part ways. While the first three boys still hit the road most of the time, some fans hoped that they would eventually reunite as a four-piece.

Lucky for fans of the "Miss You Like Crazy" hitmakers, Midas Promotions announced in a press release that the boys are back as a foursome with a six-track EP called Secrets. And yes, one of the songs is coming out on Wednesday, January 10, in digital streaming platforms.

The Moffatts' Scott, Bob, and Clint came to the Philippines last year for the Manila leg of their Farewell Tour. From "I'll Be There For You" to "Bang Bang Boom", they have taken their Filipino fans on a wild 90s music ride.