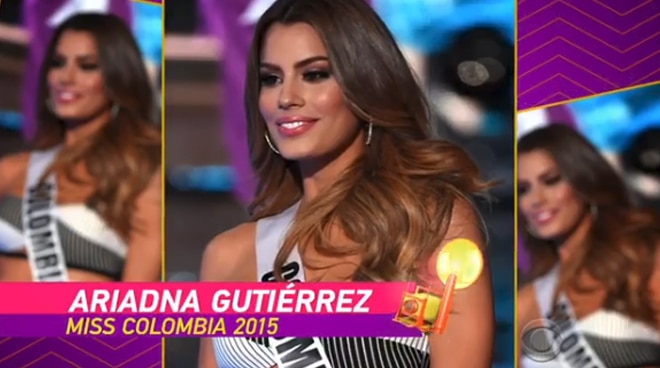 Miss Colombia Ariadna Gutierrez, first runner up to Pia Wurtzbach in Miss Universe 2015, has joined the US version of the reality show ‘Big Brother’.

She is one of the 11 celebrity housemates announced on CBS last Sunday, January 28 (Monday morning, Manila time).

Ariadna was front and center with Pia during the infamous announcement mistake, when host Steve Harvey first declared her Miss Universe 2015 instead of Pia.

The ‘Big Brother Celebrity Edition’ will premiere on February 7 in the US.