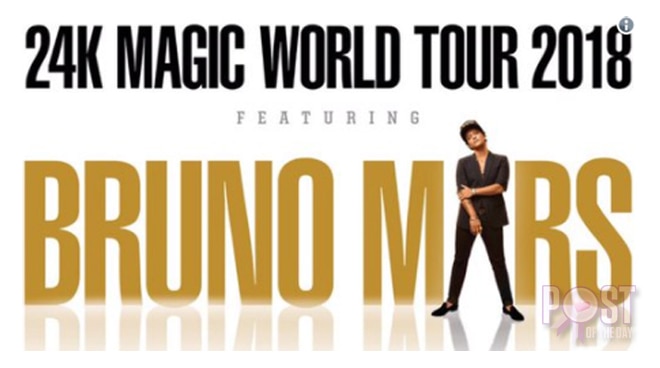 Concert promoter MMI Live confirmed on social media that Bruno Mars will be having a two-day concert in Manila for his  “24K Magic” tour. Tickets for the first day got sold out in less than an hour today, September 10.

Tickets for the May 4 (second day) concert will go on sale tomorrow, September 8.

The “Versace on the Floor” hit maker will be performing at the Mall of Asia Arena.

You ask for it, you're getting it! #24KMagicMNLDay2 on May 4, 2018! Ticket selling happens tomorrow, September 8, via #SMTickets! pic.twitter.com/j8QiBuM5d6

Due to the demand, we have added a 2nd day to #24KMAGICMNL on May 4, 2018. Tix will be available tomorrow at @smtickets. #24KMagicMNLDay2 pic.twitter.com/1DUY6nlUDN