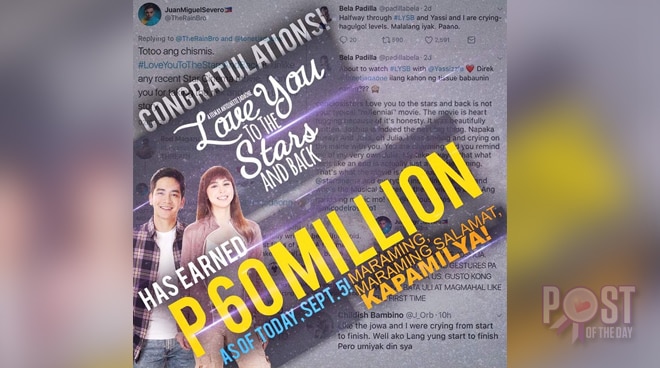 Fans of Joshua Garcia and Julia Barretto’s romance-drama flick Love You To The Stars and Back weren’t able to contain their excitement as ticket sales for the movie was finally released on Tuesday night.

60 million thanks to the stars and back! #LoveYouToTheStarsAndBack has earned 60 million as of today! #LYSB

JoshLia’s critically-acclaimed film has officially earned P60 million after a week since it hit the local theaters, according to Star Cinema.

Directed by “hugot” director Antoinette Jadaone, Love You To The Stars and Back follows the story of teens Mika and Caloy who embarked on a journey to be “taken by aliens.”