How did Fil-Am musicians Moophs and Sweater Beats start their partnership? 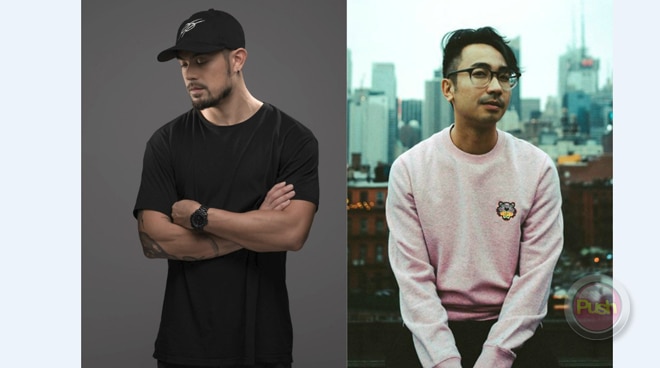 Sharing a passion for the same type of electronic music, Tarsier Record’s Moophs and renowned US-based DJ/producer Sweater Beats have found themselves in a cultural alliance of sorts. The two musicians first met at Sweater Beats’ show at Manila venue Black Market last February, which paved the way for Moophs, who is also the head of Tarsier Records, to introduce his vision on how he plans to bring Filipino musicians to the international scene. Moophs released a remix of Sweater Beats’ hit single “Glory Days” later on to commence their collaboration.

“I told him briefly about what I was trying to do with the local talent out here. Tarsier wasn't even an idea at that point; I was just talking about the potential of working with the amazing singers in the Philippines - how there's a huge market just waiting to be tapped. However, it's really Calvin Wong of Warner Hong Kong who is responsible for bringing the two camps together to engineer a win-win situation that actually takes advantage of this huge potential,” Moophs shared in an interview with PUSH.

Sweater Beats’ record label Big Beat offered Moophs the chance to do an official remix of Glory Days. “I turned in my remix a week later and they loved it. We papered it as a remix swap, with Sweater Beats doing a remix of Friction for release on Tarsier, and then moving onto an original collaboration from there,” Moophs shared.

The head of Tarsier Records remarked that he has been a fan of Sweaters’ music for several years, so the prospect of working together was an exciting one.

“He produces in the same genre as me so I've followed his releases for a while. His music is really good - the fact that we're both Filipino-American is kind of a coincidence. In fact, I didn't even realize it until after I'd already been listening to him for a while. But it really ties into what we're trying to do right now - to build a bridge between the electronic scenes in the US and the Philippines. Seems fitting that this effort would be spearheaded by two Fil-Ams,” Moophs said.

He added, “There are a lot of straight-up hip-hop sensibilities in his music which I personally love. He's a very friendly and easy-going guy as well. He often plays live guitar during his sets - another thing we share in common.”

As to their plans for the future, Moophs hopes to do more remixes of Sweater Beats’ tunes soon. “I'm definitely open to it. I think he probably will be too, once he sees the potential in the scene here. For now, we're focusing on the remix swap and the collaboration,” he said.

Tarsier Records will be launching its first eight tracks on September 8 and the record label is planning to do a live event next year. Tarsier has been in talks with Sweater Beats’ team for the musician to headline the show.

“This is something we've talked about and something he and his label are keen on doing. Once Tarsier is up and running, we will work toward throwing a live event early next year with full original performances by Tarsier artists, and hopefully a Sweater Beats headliner,” Moophs relayed.