Haley Dasovich: ‘Upon finding out that my brother has cancer, I was at a lost for words.’ 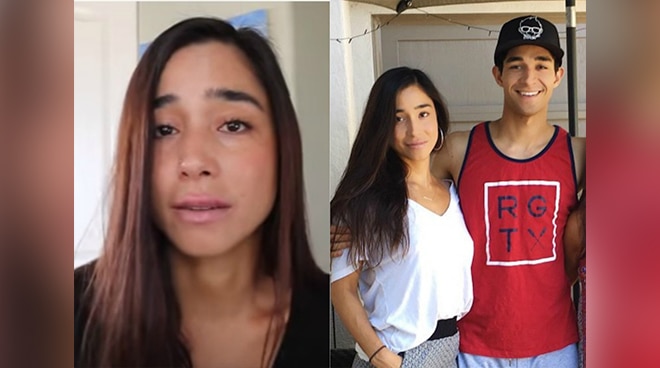 Wil Dasovich's sister Haley became emotional when she opened up about her brother’s battle with cancer.

In the video she uploaded on August 31 on her YouTube channel, Haley recounted how her brother encouraged her to become a YouTuber and how devastating it was when she learned the news about his disease.

"If it wasn't for my brother, I wouldn't have been able to take a leap of faith, the biggest risk I have ever taken in my career and experience life in the most exhilarating and exhausting way along side my best friend and my brother,” Haley shared on how Wil influenced her to try YouTube vlogging.

Haley remarked that she was left speechless upon learning the news about Wil’s cancer diagnosis. “Upon finding out that my brother has cancer, I was at a lost for words. I thought what are you talking about? He's 25 and he's health fanatic probably the craziest health fanatic I know.”

She continued, “It's never easy having someone close to you tell you they have cancer and if you've experienced that before then you know you'll never shake the feeling that you've got - it's a feeling of this mere and awful possibility turning into a cold hard fact and when he told me suddenly all of these memories came back with a sharpness and clarity and I felt like I was going through a whirlwind of our recent year we spent together creating videos and traveling together. And it was also extremely petrifying to come to the sudden realization that your worst fears could come true and my worst fear has always been about what would I do if I lost my brother in any way.”