In case you missed it, here are the memorable moments at the grandest and most star-studded event of the year. 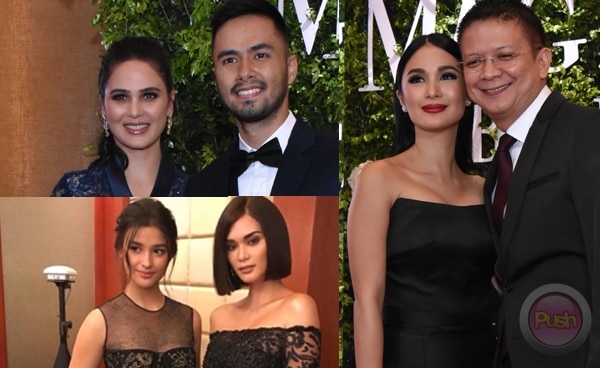 Star Magic celebrated its 25th year with the grandest ball to date. Aside from the prestigious line up of stars, PUSH has listed down 12 stand out moments from the ball you shouldn’t miss.

1. Claudine Barretto returns to the Star Magic Ball after 8 years

Much to the delight of her fans, Kristine Hermosa graced the ball this year with husband Oyo Boy Sotto. The Star Magic baby wore a stunning navy blue gown during the event.

3. Hayden Kho and Vicky Belo made their first public appearance after the wedding

4. Richard Gutierrez and Sarah Lahbati attend the ball for the first time

The couple made their first appearance in public after making their pregnancy announcement recently. “It’s our first time to be here. We are just excited to see it’s all about and have fun,” Richard said.

Liza Soberano was reunited with Miss Universe 2015 Pia Wurtzbach, whose life she portrayed in an episode of Maalala Mo Kaya.

9. Denise Laurel brings her son Alejandro to the ball

“I’m just really happy to be around with people I admire that I love and I get to be with this wonderful little prince right here,” Denise said in an interview.

10. Heart Evangelista is reunited with her Star Magic family

Heart was all smiles as she got to see her Star Magic family again. “It’s always nice to come back. You see a lot of familiar faces, Mr. M. so I’m very excited to see them,” she said.

The two actresses went to the ball as each other dates.

It is Jana Roxas’ first time to attend the Star Magic Ball. Ejay revealed that they are in a relationship for almost a year now.