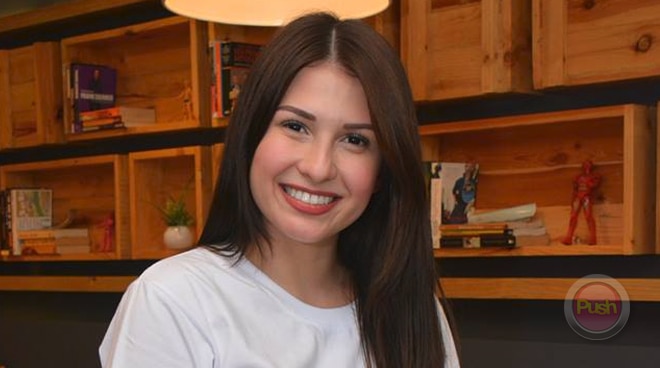 It’s been more than a year since she graduated from Family Life and Child Development at UP Diliman but Tippy Dos Santos admitted that up until now she is still enjoying not going to class. “I get sleep now (laughs). Nung high school kasi nag-soap opera din ako, siyempre ang hours diyan ay napakasaya, 6 am ka matatapos. Uuwi, maliligo ako and then I have to be in school by 7:30 am. So when I was in college nung mga third year ako hindi ko na kinaya mag-soap. Kasi I always promised my parents na school will be my priority. The difference now is that I have more time to take care of myself, nakakapag-mani-pedi na ako, ganun. And I feel like there’s more focus on things like World Vision kasi I have more time to go to each presscon that they have or hoping na magkaroon kami ng bagong trip to see children in Zambales, yung mga Aeta sa Zambales. So now there’s just more time to do other things than read books and write papers,” she explained during the World Vision 2,000 Children in 1,000 Hours campaign launch in Quezon city.

Even before she got invited to become one of the celebrity ambassadors of World Vision, Tippy said she was already sponsoring two children and hopes the new campaign can help get more youth a chance at a good education. “When I was in second year high school, si Tita Gene mother of Sam Concepcion sabi niya kailangan ng mga singers na kakanta for 24 Hour Famine. Basta they invited a lot of youth para magutom ng 24 hours para alam nila yung feeling kung paano magutom. So dapat I was just a singer for that but then they asked me to make a testimony of why I feel like children in the Philippines need help. And then after they said they’d like to invite me as a World Vision ambassador. So that’s it and the rest is history. Nag-mature ako at nag-mature din ang World Vision as an organization and since then I’ve just been doing other projects for them. I did a few 24 Hour Famines after that and then some runs and pagka may kalamidad nangyayari sa Pilipinas dinadala nila kaming ambassadors to see the damage and how we can help in those areas. The campaign we just launched is 2,000 for 1,000. So we hope that in 1,000 hours magkaroon ng surge of 2,000 children na ma-sponsor,” she explained.

During the time she was busy with school, Tippy revealed she had been offered roles in TV shows and films which she had to turn down eventually. She was last seen in the 2015 Star Cinema flick Crazy Beautiful You. “Yes because of school and also because I had other focuses like my singing or my hosting. Iniisip ko kasi ano ba ang nagpapasaya sa akin? Ang singing and hosting and this advocacy so we’ll see kung meron pa ulit na mag-offer. Hindi ko lang alam kung saan ba sa show business ba ako ngayon perfect for. Nobody’s perfect but which part of the business I am made for,” she said. Until now, the 23-year-old actress said she prefers to act onstage. “I started with theater. Sana nga this year magkaroon ng theater production like a musical kasi miss na miss ko na,” she added.