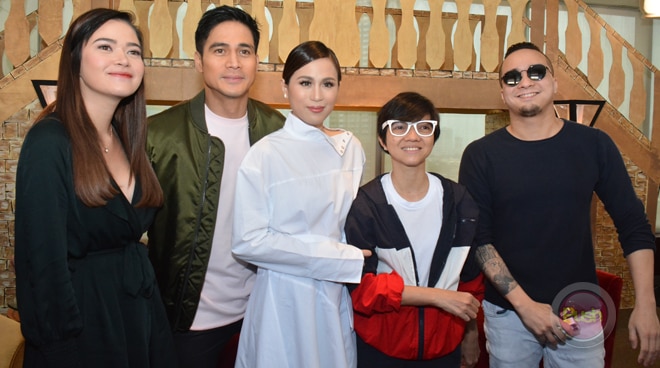 Piolo Pascual and Toni Gonzaga clearly took risks by accepting their roles in a unique and complex movie that is Last Night. Tackling the sensitive subject of suicide, the story began in such a mysterious and interesting manner that it would make anyone wonder how the story would unfold. But while the first few minutes of the movie started in a dark mood, it developed into a story full of life and hope, one that would audiences leave the movie theater inspired and more appreciative of life and its daily challenges.

Without a doubt, Piolo and Toni have once again created magic in this reunion project. Despite playing characters with many layers, the actors were seen as raw and natural. Each scene can easily pierce through one’s heart and soul.

Piolo plays the role of Mark who believes he had no one to turn to in this world but himself. Overcome by sadness and depression brought by life’s challenges, he attempts to take his own life. Meanwhile, Toni plays the role of Carmina who also wants to end it all. Their lives intertwine one fateful night on Jones Bridge when both of them fail to commit suicide.

Both agree to find another way to end their lives, this time together. As they bond and learn to understand each other’s heartaches, Mark and Carmina’s friendship blossoms. As their relationship becomes deeper, Mark begins to taste the sweetness of life amidst its bitterness because of Carmina.

Just when you are convinced that the movie have already reached its climax, an unusual turn of events happens, a plot twist that would leave you baffled but makes the movie outstanding in the end. Last Night is truly a first in Philippine cinema and screenwriter Bela Padilla deserves high praise for writing such an unusual yet a spectacular story that would forever be remembered.

Last Night is more than a film. It is an experience. Its outstanding cinematography which showcased the beauty of old Manila was woven perfectly into Mark and Carmina’s story. The music also helped set the mysterious, passionate, and charming mood.