WATCH: Scarlet Snow Belo explains to her daddy why she’s not a ‘Kho’ 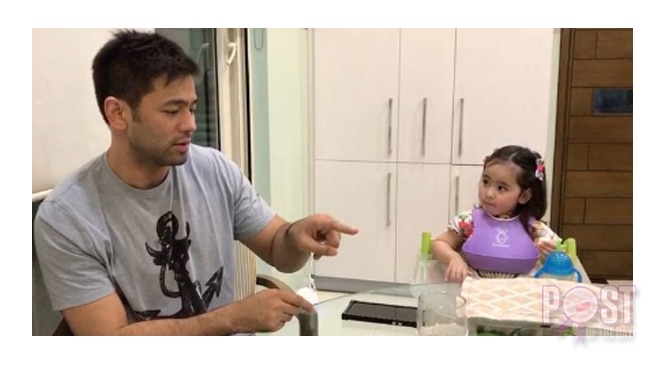 Scarlet Snow Belo won the Internet when her mom Vicki Belo uploaded a clip of her conversation with her dad Hayden Kho.

Hayden, who recently married Vicki in Paris, explained that Scarlet’s surname is now a “Kho” but the 2-year old baby insists she’s a “Belo.”

“No, not Scarlet Snow Belo-Kho!” she responded.

Hayden continued, “Are you my daughter?” and Scarlet replied, ‘yes.’