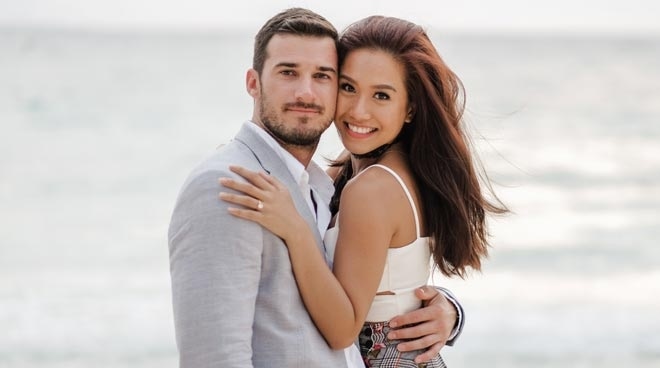 Rachelle Ann Go surprised her online followers earlier this month when she announced that she is engaged with her boyfriend Martin Spies. A video of their engagement was then released over the weekend, showing how Martin prepared for his proposal in Boracay.

In the clip, he recalled meeting through a common friend. He also said that he already found the Filipina Broadway singer beautiful.

"I never really kind of googled her or kind of looked for her online or anything like that. I just thought she was great in what she does,” he said.

He then expressed his gratitude to Rachelle’s parents who gave their blessings. Martin also asked her friends to give him an idea about the engagement ring and a place where he could propose in the island.

"I feel like I'm floating. When he told me to dress up and curl my hair, I was like, why? He said that we were going somewhere sweet and special," the singer said.