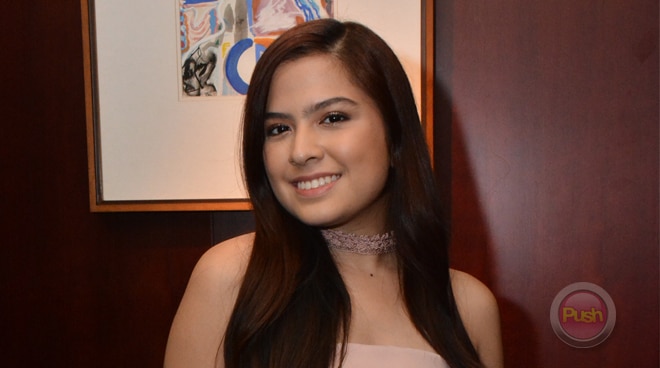 As part of the cast of Primetime Bida’s newest teleserye The Good Son, Alexa Ilacad admitted there is pressure on her and her love team partner Nash Aguas.

“I honestly think that anyone starting a new show with feel always feel pressured but primetime is a really, really big deal so like double the pressure but I’m sure this show will thrive and I pray that it will,” she shared during the show’s press conference.

In the series, Alexa plays the role of Justine, the best friend of Calvin (Nash Aguas).

“Actually I’m his total opposite – he as Calvin is very shy, quiet and very timid. I am the more outspoken, loud, like a ball of sunshine, kumabaga. I try to brighten up his days since marami siyang pinagdadaanan within his family and within the other family. So I’d say my character is very intriguing but that’s all I can say for now. I don’t want to spoil it,” she related.

Alexa said she is not worried to go up against other pairings in the show, which also stars Joshua Garcia, Jerome Ponce, Loisa Andalio, Elisse Joson and McCoy De Leon.

Just like her character in the show, Alexa said she always tries her best to be a good daughter. “On a scale of one to ten siguro I’d give myself an eight because like any other person or daughter, ang dami ko ring imperfections, ang dami ko ring kasalanan sa aprents minsan makulit at matigas ang ulo but I think it’s a normal thing. It’s a part of growing up but I make up for it in other ways,” she revealed.