LOOK: Joel Cruz with the mother of his twins 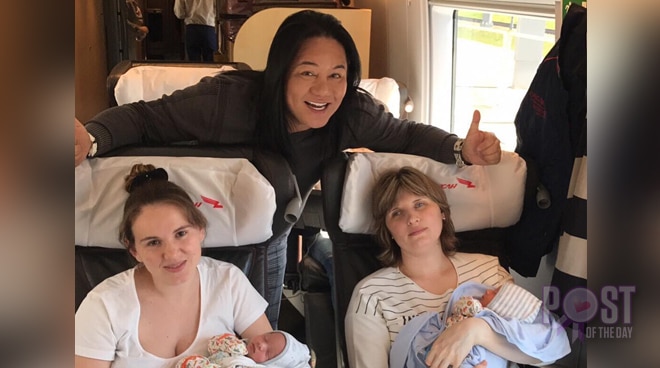 In an Instagram post, Joel shared a photo of him with the mother of the twins, Olesia and Lilia. His children were conceived through in-vitro fertilization.

“Charlotte with surrogate mom-Olesia, while Charles with the biological mother-Lilia. Back is the biological father, Joel Cruz,” he said in the photo’s caption.

Charles and Charlotte were born in Russia last May 25.