Isabelle Daza confirms she is pregnant 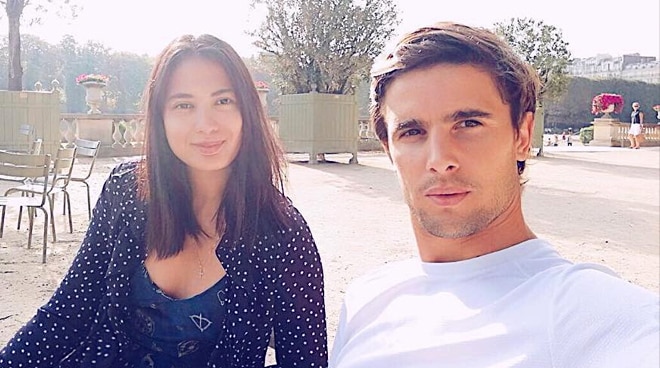 Another Kapamilya star is having a baby this year! Actress Isabelle Daza just confirmed that she will become a mother.

In an interview with Preview Magazine, what Isabelle thought was a hormonal imbalance at the beginning turned out to be the early signs of pregnancy.

The actress took a pregnancy test and her doctor confirmed that a baby is coming her way.

"I had no words. I was just pointing at the pregnancy test. And Adrien (Semblat, her husband) was like 'What is that? I don't know what that is! Is that a thermometer,'" she fondly recalled.

Belle relayed that she has been experiencing nausea and uncontrollable cravings since becoming pregnant.

While she confessed feeling anxious, more than anything, the Kapamilya star is elated about the new chapter that is about to unfold in her life.

"[I’m] scared of the responsibility! But at the same time, I'm so excited," she said in the interview.