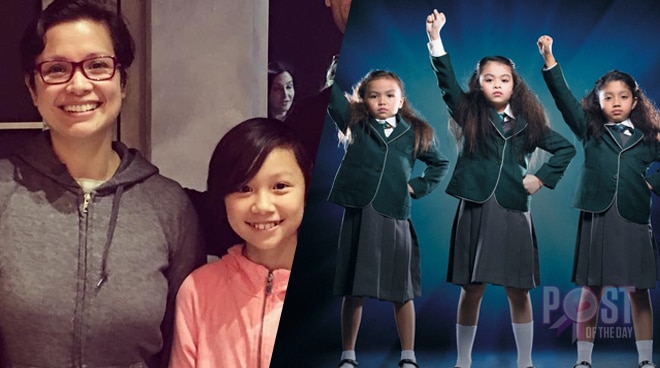 It seems that Lea Salonga’s daughter Nicole Chien is now following her mother’s footsteps. The proud mother confirmed on Twitter that Nicole is part of the musical “Matilda.”

For her first professional theatre performance, Nicole will play the role of Alice.

“Word is finally out, and I couldn’t be happier! Congratulations, Nicole!” the Broadway star wrote.

Word is finally out, and I couldn't be happier! Congratulations, Nicole!!! @RobChien https://t.co/mPT0p9cCrz

Before landing on the said role, she has been performing in her school and got to duet with her mother in public.

“Matilda” stars Esang de Torres, who was a finalist in The Voice Kids and coached by Lea.