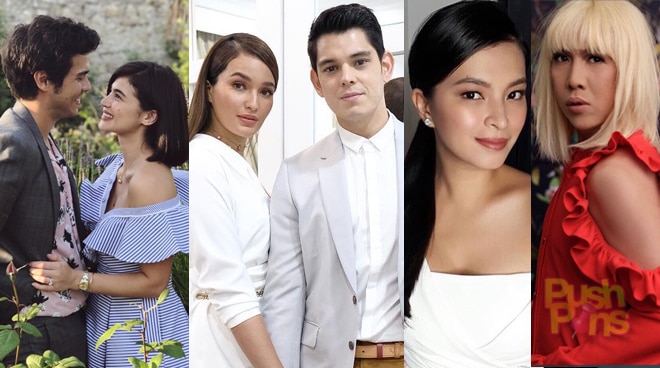 This year’s Star Magic Ball is fast approaching and Kapamilya fans are eagerly waiting for the grandest gathering of stars in the country happening on September 30, 2017. In previous years, non-Star Magic artists have graced the occasion much to the delight of the Kapamilya fans. This year, many are wondering who among the non-Star Magic celebrities would grace the annual ball. These are the stars we would love to see:

With his unique sense of fashion, Vice would totally slay the red carpet if he ever decides to attend the event. The comedian has never been into any Star Magic Ball in the past.

It has been a while since Anne attended the annual ball. The last time the It’s Showtime host graced the occasion was in 2009. Anne is one of ABS-CBN’s most stylish stars that there is no doubt she would be a head-turner if she would attend the event. It would be lovely also to see Anne’s fiancé, Erwan, escorting her to the ball.

James attended his first Star Magic Ball in 2010. He was fresh out of the Pinoy Big Brother House at the time. Will the actor attend the annual ball again this time with his girlfriend Nadine Lustre?

Pay no mind to what the doubters all say I'm a be around forever, always you can bet on it. Bet - Tinashe ♫

Many fans have been waiting to see K-Pop star Sandara Park attend the annual ball. Sandara has been traveling to the Philippines quite often lately so fans hope she would walk the red carpet this year.

With her boyfriend Matteo Guidicelli being part of the Star Magic family, would the Pop Star Royalty finally grace the occasion as his date this year?

Thank you for the endless support, Popsters. ❤️

New Kapamilya star Ogie Olcasid would surely bring some awesome tunes if ever he decides to attend the ball. Bringing his wife Regine Velasquez with him would totally make it a night to remember for everyone at the ball.

It was a lovely night ❤️ #akhoandmybeloved

The La Luna Sangre star has always been on everyone’s wish list to attend the ball. Would that wish finally come true this year?

Now that both of them are with the ABS-CBN family, it would be awesome to have La Luna Sangre’s Richard Gutierrez aka “Supremo” and his fiancée Sarah Lahbati bring their beauty and sophistication to the annual ball.

Last night at the #AiveeXArt event. Congratulations to everyone behind @theaiveeclinic for the success and to @mond for organizing this special night🙌🏽 #AiveeLeague #Art #Philanthropy

The celebrity couple attended the ball in 2010. Now that they are a married couple, many of their fans have been waiting for them to grace the occasion again.

Now that she already passed on the crown to her successor, we wonder if the Miss Universe 2015 would walk the Star Magic Ball red carpet together with boyfriend Marlon Stockinger this year.