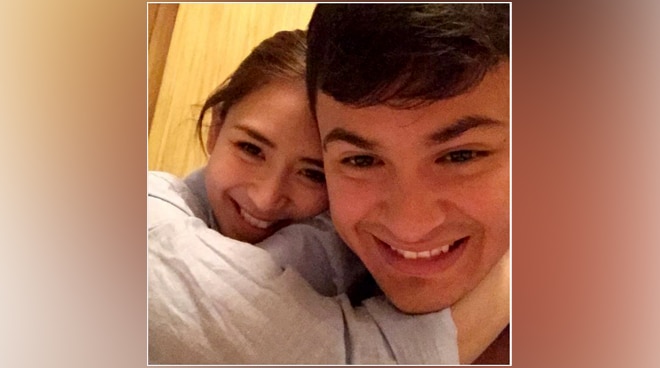 AshMatt received loads of kilig vibes over the weekend as Sarah Geronimo flew to Cebu to surprise her “lovey” Matteo Guidicelli during his IronMan 70.3 Triathlon competition.

It was a sweet success for Matteo Guidicelli, as his girlfriend Sarah Geronimo waited for him at the IronMan 70.3 finish line! #IM703Philippines

But Matteo was apparently not done yet as he briefly “summed up” the weekend that was for him through a photo.

The actor was welcomed to the finish line by the “Misteryo” singer with a huge hug and a poster expressing her support and love for him. https://push.abs-cbn.com/2017/8/6/fresh-scoops/matteo-guidicelli-receives-a-power-hug-from-girl-166442

The first post happened in three years ago during the concert of American singer John Legend.

His next post with Sarah happened on the first day of 2015.

To the most beautiful person in the world, I love you!! 2015 here we come!

Matteo’s third post about Sarah was in 2015 when he greeted the love of his life a happy birthday.

Before the night ends I would like to say HAPPY HAPPY BIRTHDAY to the person I love so dearly. Your happiness is contagious and your presence has been life changing. I will do my best to fill your life with sincere limitless JOY. Things are not easy but with Love, everything is possible. Happy birthday!!!!!!!! 🎉🎉🎉🎈🎈🎈🎈🍰🎂