Marlo Mortel says his mom is his inspiration. 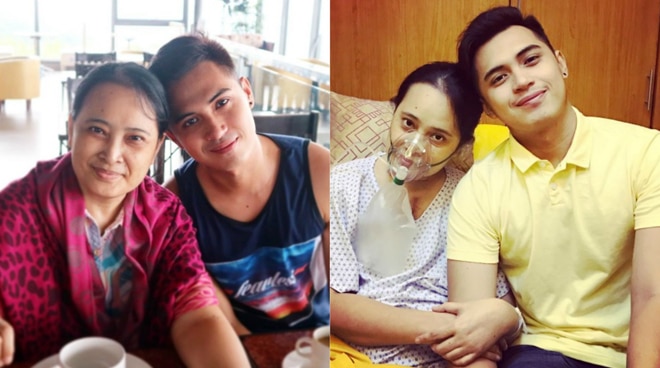 Marlo Mortel confessed that it has been a difficult journey as his mother battles cancer. Despite the challenges, the actor has remained strong and optimistic.

You are so strong Mommy. Thank you for always fighting! We will fight with you all the way wag ka mapapagod. We love you so much! ❤️

After almost a week in the hospital because of her lungs, my mom finally caught some fresh air and smiling like nothing's wrong. That's my mom! ❤️ Her chemo sessions will resume this week, glad that we got the chance to have a nice brunch today 😬

Marlo is currently working as a host of Umagang Kay Ganda. Besides his hosting stint, Marlo has been working on new songs for the repackaging of the album of the Harana band. “Meron kaming solo songs din and meron kaming brand new songs,” he stated.

The actor also shared that he is planning to work on his solo album soon. “Sa ngayon lang nagpla-plan na ako gumawa ng album soon of course with Star Music,” he stated.