Star Magic artist Ethan Salvador is proud to be part of the cast of the upcoming historical epic. 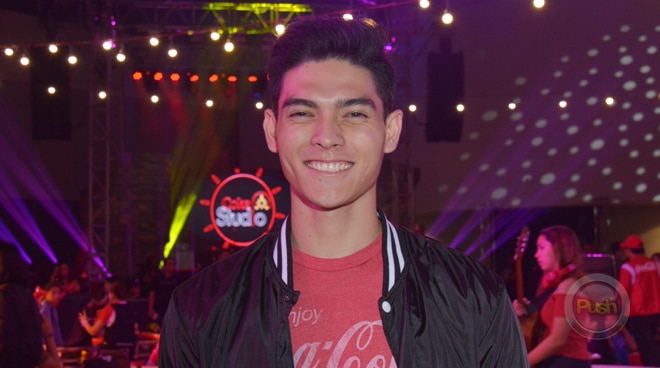 After making his film debut in last year’s coming-of-age film 2 Cool 2 Be 4 Gotten, Ethan Salvador shared what has been keeping him busy this year as he makes it into the cast of TBA Studio’s historical epic Goyo: Ang Batang Heneral which is the sequel to the 2015 blockbuster Heneral Luna.

Ethan admitted the audition process for the film was not easy. “I was practicing my Tagalog and my acting. They didn’t tell me the details then I auditioned for it and got in. It was pretty hard just because they need very dynamic characters. I auditioned three times so I got three callbacks. Whenever I audition, I just kind of go for it and I believe in failing my way to the top. So if I get it I get it but if I don’t I’m not really hurt. I just got to try harder next time,” he shared during the Coke Studio PH event held last July 29 in Pasay city.

The Fil-American actor said he is not yet at liberty to share specific details about his role but he will be speaking his lines in Spanish. “I just practiced my lines and read it. I can’t really share my role. I can’t talk too much about it. I can’t talk about it. It’s confidential. But I’m part of it. I have a strict contract. They’re very strict. But the director (Jerrold Tarog) is awesome. He’s great. He’s actually pretty laidback. He’s very, very organized and he has a great vision on what he wants to give to the Philippines so I’m just really grateful that he was able to cast me and I’m happy to work with him,” he explained.

During the Coke Studio PH event, Ethan said he looked forward to watching the best of local music talent perform. For Goyo, he also brushed up on his Philippine history. “I did some studying about it the battle of Tirad Pass because that’s one of the main key points of it and just a little bit of Philippine culture and how things were back then. So direk Jerrold had all of us study a little bit and do back-reading and a little bit of this and that. I had some sense but I had to read a lot more to get more sense. After doing 2 Cool, my view on acting still stayed the same. I’m just focused on practicing and keep working on the craft and working on myself in general. That’s what acting is. Your just taking things from real life and putting it on screen,” he explained.

Currently single, Ethan said he is just happy to meet new people this year. “My ideal girl is someone who’s very, very secure with herself. I can’t stand insecure girls. She has to have a good vision for herself. She has to have a sense of humor, she can be sarcastic at will because I love sarcastic girls it’s just a cute thing. I love girls that smell good. Doesn’t matter if Pinay or foreigner. I don’t discriminate. I’ve always been with Pinay though all my life all my exes, (laughs)” he revealed.