JK Labajo reacts to being linked to Asia’s Next Top Model winner Maureen Wroblewitz: ‘Everything about her is great’

JK Labajo admits he and Fil-German model Maureen Wroblewitz were already close even before she won Asia’s Next Top Model. 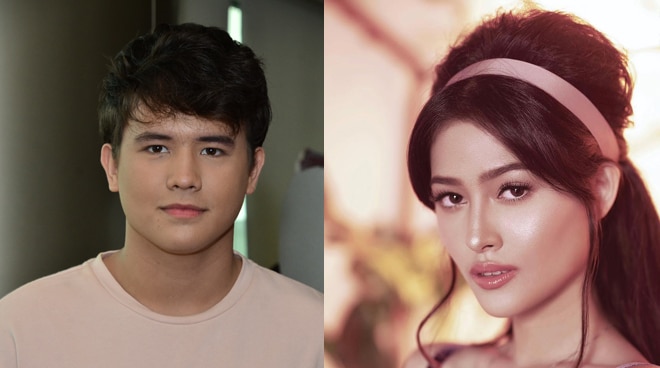 As his teleserye A Love to Last announced its last five weeks, JK Labajo revealed the show is the reason he has chosen to focus more on his acting for the past year. “I want to focus muna on acting. It was my own decision. Tapos eventually after A Love to Last babalik na naman yung mga shows with the music career. If ever wala akong gagawin na teleserye or movie after the show I’ll turn to my singing career. Never naman mawawala sa akin yun,” he shared during the A Love to Last presscon held last August 29 inside ABS-CBN.

Aside from the much awaited finale, JK also invited his fans to watch their cast in Love Goals: A Love to Last Concert on September 8, 8 pm at the Kia theater in Cubao. The teen singer said he has mixed feelings about saying goodbye to the cast. “I think iiyak ako ng sobra. I think ma-de-depress ako kasi grabe na yung pinagsamahan namin sa A Love to Last eh. So I think malulungkot ako and I don’t know I’ll go to school. I think I’m grade eight. Kasi nag-stop ako so kesa mag-jump ako gusto ko mag-start sa grade eight,” he explained.

With rumors circulating that he is currently dating Asia’s Next Top Model winner Maureen Wroblewitz, JK clarified that they are just close friends who enjoy hanging out. “We’re good naman. Of course we’re best friends. Why wouldn’t we go out? Na-meet ko kasi yung mga fans niya, fans ni Claire (Hartell), so andun sila sa set so eventually dun kami nagkakilala. This was before that (show she joined) and eventually we became close friends kasi nga we share the same life story with how she lost her mom and how we’re both half-German,” he shared.

Having met Maureen even before she won the popular model search, JK can attest to her humble nature. “She never changed. It’s actually amazing kasi it happened to me a lot of times na kasi I’ve had friends before na nagbago because of fame. No matter how bad it is, no matter how much you don’t want to think about it, sometimes pumapasok yung fame sa ulo ng tao so it’s up to you if you want to fame to get inside your head,” he said.

JK said he wants to set the record straight that he is not courting the pretty model. “No. She’s my best friend. Someone else owns her heart. Everything about her is great. Mabait siya, down-to-earth. Yun lang. That fact only, to think about that, it’s amazing. To think saan siya nanggaling ngayon na Asia’s Next Top Model pero andito pa rin siya. That’s nice. You would be surprised to know na madaldal siya. Makulit. On-cam kasi medyo mahinhin siya, ganyan ganyan. Pero madaldal yun,” he added.