Get to know Nam Joo Hyuk before he visits Manila. 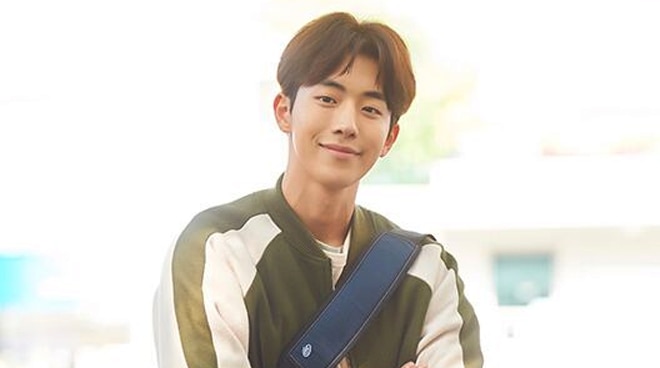 Fans of Weightlifting Fairy and The Bride of Habaek (The Bride of the Water God) are in for a treat. Lead actor Nam Joo Hyuk recently announced a fan meet tour and Manila is one of his stops. The Korean actor who played a hunky swimmer named Jung Joon-hyung and the Water God Habaek will be visiting the country on September 23 for his much-anticipated Private Stage at the Kia Theater.

Here are some fun facts you need to know about this rising Korean drama star.

He likes to keep things private because of his fans.

Joo Hyuk loves his fans, and in fact considers a hot pack that a fan gave him as one of the greatest gifts he has received. However, he is also a fan himself. He was a fan of Korean actresses who now are married (Park Soo Jin and Yoon Seung Ah). And just like any other fan, he would have had wanted to be with these lovely ladies. He revealed to Korean celebrity news site Soompi, “I was really hurt at the time (they got married). Since I had liked them so much since I was young, as a fan, I was hurt. I don’t want to be hurt like that again.”

Seems like Joo Hyuk does not want to hurt his fans in the same way. He said in the same interview, “So I’ve realized now that if I do date publicly, I can really hurt my fans as well”

Although he plays a swimmer in the Korean series, Joo Hyuk actually loves basketball more. Fans can see pictures of the actor playing basketball or watching NBA games live.

Apart from playing ball, the actor reportedly does push up before he sleeps to beef up his physique.

‘Weightlifting Fairy’ catapulted him to fame

Considered a hit internationally, Weightlifting Fairy was not that much of a ratings success in South Korea. It might be because it actually went against other hits such as Goblin and Legend of the Blue Sea, which stars already popular and established actors. Yet, the popularity of Weightlifting Fairy catapulted Joo Hyuk to fame. HIs number of screaming fangirls continues to grow as he plays the titular character in the fantasy The Bride of Habaek.

He can fall in love with Bok Joo.

Any fan would have known Joo Hyuk hroke up recently with his Weightlifting Fairy co-star Lee Sung Kyung.

It was only April of this year when their agency, YG Entertainment, had confirmed that the two were dating. However, fans have thought that he was dropping hints already as whenever asked about his ideal girl he would say someone like Bok Joo (Sung Kyung plays Bok Joo in the series). He also revealed to Soompi, “I can’t really say it explicitly but I think through this drama, it’s become someone like Bok Joo. I thought it might be nice to have someone who works and exercises alongside you and gives you strength along the way.”

Apart from being strong emotionally and has a personality like Bok Joo, the actor mentioned that his type of girl is, “Someone who is in sync with me emotionally.”

The 23-year-old actor continued in the Soompi interview last April, “Nowadays, I like women who have short hair and sharp features because sometimes they look cute but other times they look intimidating.”

He is a romantic.

The model turned actor confessed that he is the type of person who falls for a girl and it hits it him hard.

“I had my first unrequited crush in the third grade of elementary school. I liked her for three years and then I dated her in sixth grade and then I couldn’t forget about her until eighth grade. It was nearly six years,” he disclosed to Soompi. “I’m curious about what she’s doing these days. I used to sporadically ask how she was until I was 20, but I haven’t talked to her in a while since then.”