Edward Barber: ‘Why would I not defend her?’ 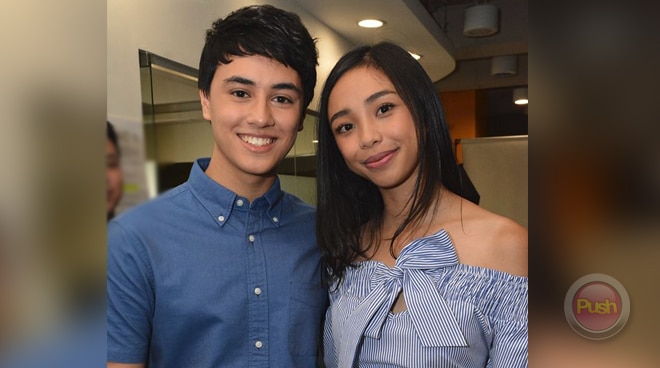 Maymay Entrata admitted that she feels pressured about starring in her very first movie titled Loving in Tandem. But the young star remarked that she wants to focus more on the blessing than the pressure.

Maymay will headline the movie together with onscreen partner Edward Barber. Kisses Delavin and Marco Gallo will also be part of the film.

Edward confessed that he is still adjusting to working in a movie set. “Siyempre kinakabahan, kasi ano first movie namin kaya you know, I don’t know what to do, ‘yung mga markers, blocking. Parang you are always thinking about everything else. It’s scary because we are putting ourselves out there for everyone to see and we are new to this, so like I said before looking forward to what we can show about,” he stated.

He was also asked by the media on why he decided to defend Maymay from bashers recently.

“She doesn’t deserve [the bashing]. Why would I not defend her? It’s negative, sometimes I see she’s not happy because she’s reading the comments again and again and again but like it’s not something that’s necessary so why it should continue?” he said.